It’s been a real joy to work with photographer, poet and writer Andrew Fusek Peters during my residency at Acton Scott Historic Working Farm.

Poet on the Farm

‘…and then the first goose
rouses, behind their gate in the wall –
she calls, yammers, and like fires

they catch and cackle.  They wake
the very stones.  They fluff
their feathers, unbend their necks…’

Last week I drove up to Acton Scott on empty roads to meet photographer poet Andrew Fusek Peters at 7am.  The early morning birdsong was the loudest thing in the landscape as we walked onto the farm before anyone else arrived.

The idea was that Andrew would take photographs while I wrote, and that we’ll collaborate on whatever we produce.

The still loveliness of Acton Scott on an early summer morning was marvellous.  Low sun lit the soft brick of the 18th century farmyard. 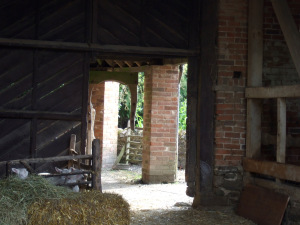 The cade lambs calling for their breakfasts