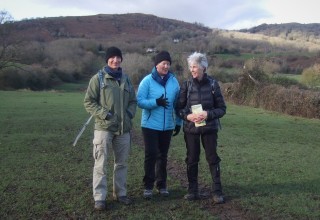 In 2019 I was very busy working on the Troubadour of the Hills project in partnership with Ledbury Poetry Festival and Malvern Hills AONB.  We set up workshops and walks on and around the Malverns for schools, and groups of adult poets, and we gathered work written for the project which was published online and read at an event during Ledbury Poetry Festival.  And I was on ‘Ramblings’ on Radio 4, taking a poem for a walk – and managing to (briefly!) lose Clare Balding on the hills.

I worked with Arts Alive on their excellent project, Creative Conversations, taking poetry to older people in a series of different settings around Shrewsbury.  I also continue to work directly with various nursing homes, making poetry with people living with dementia.

A project I particularly loved was ‘Understories’ with Shropshire-based eclectic folk band, Whalebone.  I wrote a set of poems about Shropshire’s lesser-told stories, and Steve, Char and Sarah created new music in which to set them.  We performed ‘Understories’ in ten Shropshire Libraries, supported by an Arts Council grant, then headlined at Folk at the Farm at Acton Scott in July.

Later in the year, I worked with the Cinderloo Project, in partnership with artists Andrew Howe and Jill Impey.  We led workshops in Telford primary schools, linking poetry to collage and film.  Then the BBC got in touch, and asked me to be National Poetry Day poet for Shropshire – for which I wrote a commissioned poem – Here Be Elephants.

2018 was a busy year working on a wonderfully imaginative poetry and dance project called ‘In the Hands of the Boys’.  This Shropshire project exploring the life of Wilfred Owen took place across half a dozen different schools, bringing contemporary dance and poetry to children, and boys in particular.  I’ve been in various primary schools in Shropshire doing local heritage and poetry work (among other interesting things), and of course I’m still Poet in Residence at the wonderful Hargate Primary in West Bromwich.

Work has been completed now on Impressions of the Past, an AONB led community arts project about Shropshire’s Iron Age hillforts, in collaboration with clay artist Ruth Gibson. And for a fascinating month I was Writer/Blogger-in-Residence for the Museum of Cannock Chase. 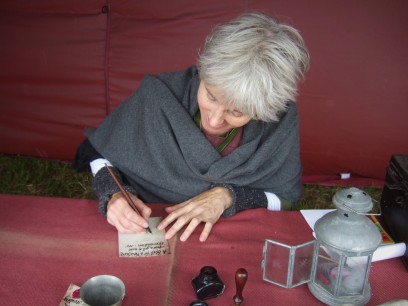 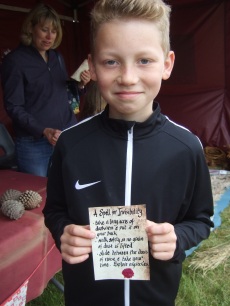 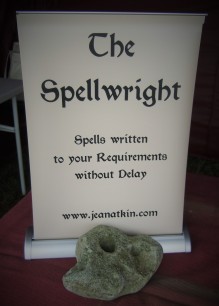 And I found I was doing more and more work as The Spellwright – a kind of benign witch who writes spells to improve the lives of participants.

‘In woods we forget things, at the wood edge we tell stories‘was a project funded by Shropshire Hills AONB and Shropshire Housing Group.  This project took three different groups of children and young people, and enabled them to write site-specific poetry in three different native woodlands.

I teach for The Poetry School and  on the Learning and Participation programme at The Hurst for Arvon.  With Wenlock Poetry Festival I worked on Two Sides of the Severn.

I am Poet in Residence for Hargate Primary School, West Bromwich, which is a real joy, and regularly visit the school to enjoy poems, read poems and make poems with all age groups.

I continue to work regularly in nursing homes and day centres with elderly people, making poetry, often with those living with dementia, and work on social prescription-based projects such as Songs of the Trees and Words on the Water, which aim to provide creative opportunities and reduce isolation for older people.   I also lead the Spark Young Writers group in Shrewsbury, which meets once a month and is managed by Writing West Midlands. 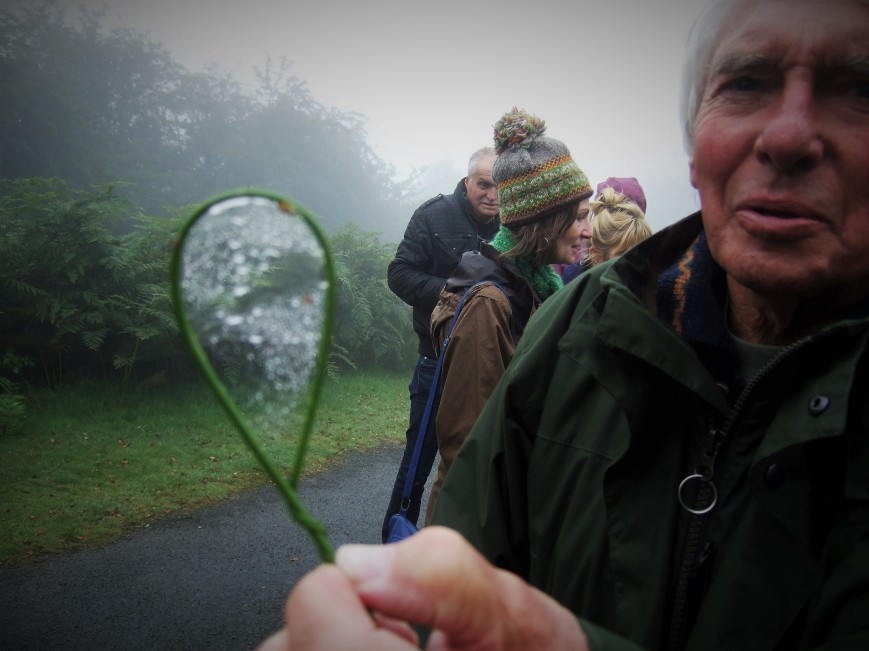 In 2015 I worked on ‘Five Sites, Five Senses‘, a project with partners Shropshire Hills AONB, Woods for Wellbeing, Loudwater Studio and Vision Homes Association for people with multiple disabilities.  I wrote poetry with and for these people and their carers during visits into the Shropshire Hills.  As Poet in Residence at Wenlock Poetry Festival 2015-16 I ran workshops and took part in readings and events.  From October 2014 to March 2015 I was Reader in Residence at the new Southwater Library in Telford, through West Midlands Readers Network.  I was Poet in Residence for Acton Scott Historic Working Farm in Shropshire for 4 months in summer 2014, funded by Arts Council England. I was Poet in Residence at Logan Botanic Garden in August 2013 for the Scottish Poetry Library’s project Walking With Poets

In May 2013 I also developed and completed ‘Poetry Partners’ a month of intergenerational poetry celebration of the Woods of Cree, working with a primary school and a day centre.

I’ve also been Poet in Residence for Dumfries & Galloway Science Festival, and worked with National Scenic Areas Dumfries & Galloway on the year-long ‘Viewpoint Voices’ project  with groups of different ages on the Solway coast, walking and writing short poems with them, which were spoken by the participants and posted online as short videos.

From 2013 to 2015 I was one of a team of poets mentored by John Killick with In The Pink, an award-winning project using poetry to work with people living with dementia in Herefordshire.

On the first Tuesday of every other month, I organise The Poetry Lounge in The Sitting Room in Ludlow – a popular open mic night with guest poets. 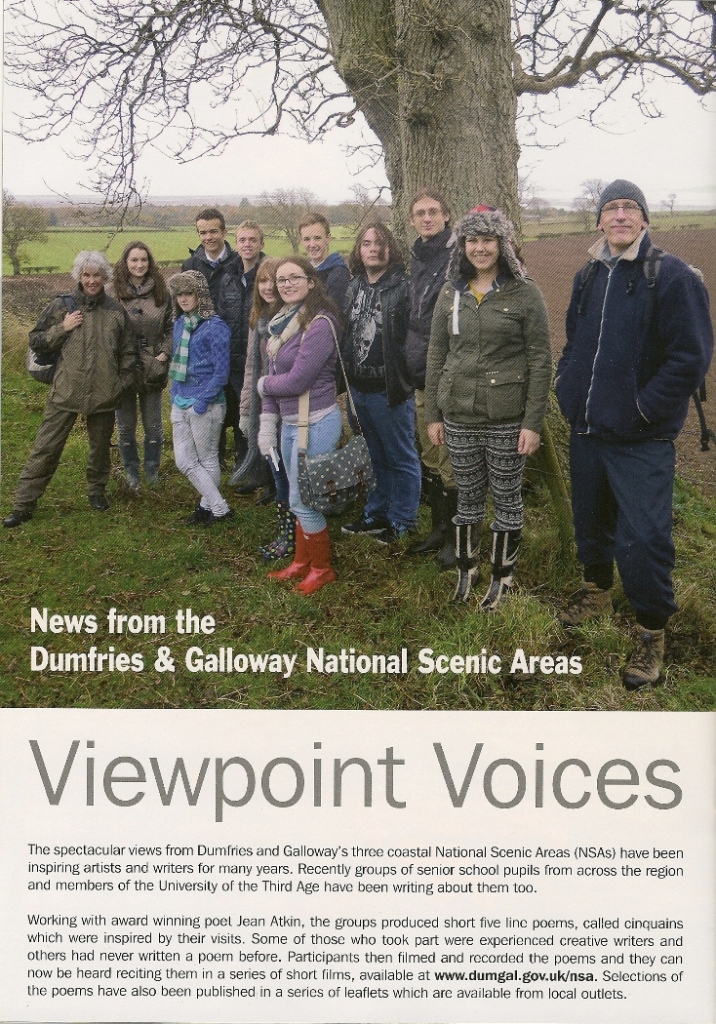