I’m delighted to tell you I’ve been appointed the first-ever ‘Troubadour of the Hills’ for Ledbury Poetry Festival and Malvern Hills AONB.  The project launches next Thursday 4 October at 10am when I’ll perform at a National Poetry Day event at Ledbury Books and Maps.

But today was a less public, but (I reckon) more energetic Troubadour happening, in the marvellous company of Y5/Y6 of Bosbury Primary School at Old Colwall.  A cold night was warming to golden sun under the Malverns when I turned up.

We were welcomed into an attractively dilapidated 19th century conservatory beside Old Colwall’s extraordinary Cloud Hedge. The plan was to work with the children so they had the chance to respond in poetry to both the Cloud Hedge and Old Colwall’s 1000+ year old yew on the hillside. 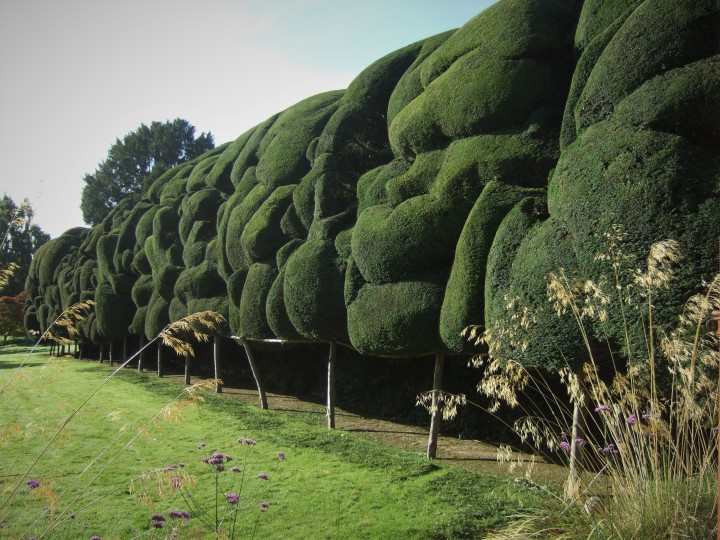 We explored the Cloud Hedge, which dates back to the 18th century (at least). Children raced through its passageways, stroked its bark, discovered the strange red sap of the yew that helps associate it with blood and death. We talked about yews in churchyards, yews cut for longbows, yew that lasts longer than an iron post. 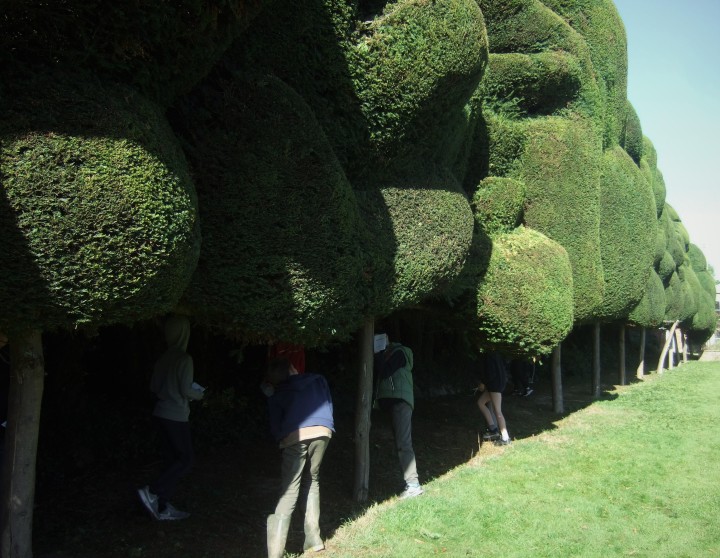 Then we went back into the conservatory and wrote. Each pair of children provided me with a line for a collaborative class poem which I scribbled down then edited over my sandwich at lunchtime. Here it is:

We had enormous fun performing this, with everyone doing ‘The Cloud Hedge’ each time I raised my pencil!

Then there was cake.

And after that we all set off through a field and up a steep hill to visit the great Yew of Old Colwall.

The Yew is simply massive, a vast core trunk that sends tremendous branches out to all sides. The branches arch, re-root and grow further great spurs.  The tree must have a radius of 40 yards or so.  It was wonderful to see the children clamber into the tree, scrambling along branches, wriggling into the forks, feet dangling down, Poem Notes in hand and in use. 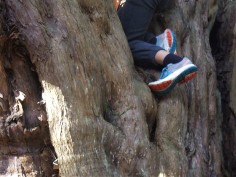 Back in the conservatory we wrote tankas about climbing in the Yew.  Some absolutely outstanding writing – here’s some: 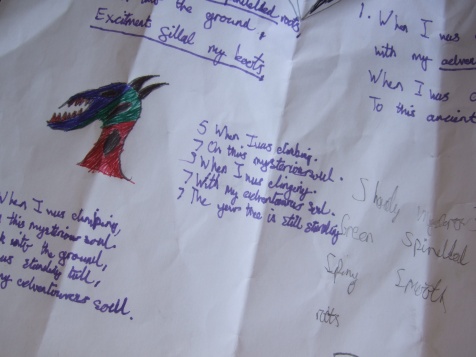 We finished the afternoon with a poetry reading, and shared so many wonderful and brand new poems about the yews. Huge thanks to all at Old Colwall, not forgetting Hetty the extremely popular dog.

4 thoughts on “Troubadour of the Hills”