Last week I spent an extremely hot, but very satisfying day with the children and staff of Rushbury Primary School.  It’s one of the smallest schools I’ve worked in, with only 46 on roll, and so I spent the morning with KS2, and then the afternoon with KS1.

In KS2 the children have all been studying Shakespeare, and life under the Tudors.  So we started off by reading a broad selection of famous quotes, choosing the one each child liked the best, and talking together about why.  Then I set them to do some freewriting inspired by the quote, emphasising that the link could be as close or as tenuous as they liked.  So I got some enthusiastic pony-lovers responding to ‘My horse, my horse! My kingdom for a horse!’.  Then from the freewriting the children worked up a first draft.

Here’s a marvellous development from ‘And though she be but little, she is fierce’. 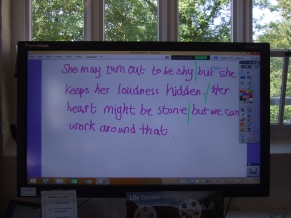 On the left is the writer’s first draft, only partially photographed (oh dear!) which I borrowed from her to write onto the smartboard so we could all talk about line endings, and how to decide where to put them.

Here’s a mature, thoughtful first draft (arriving almost complete) in response to ‘All that glisters is not gold’. 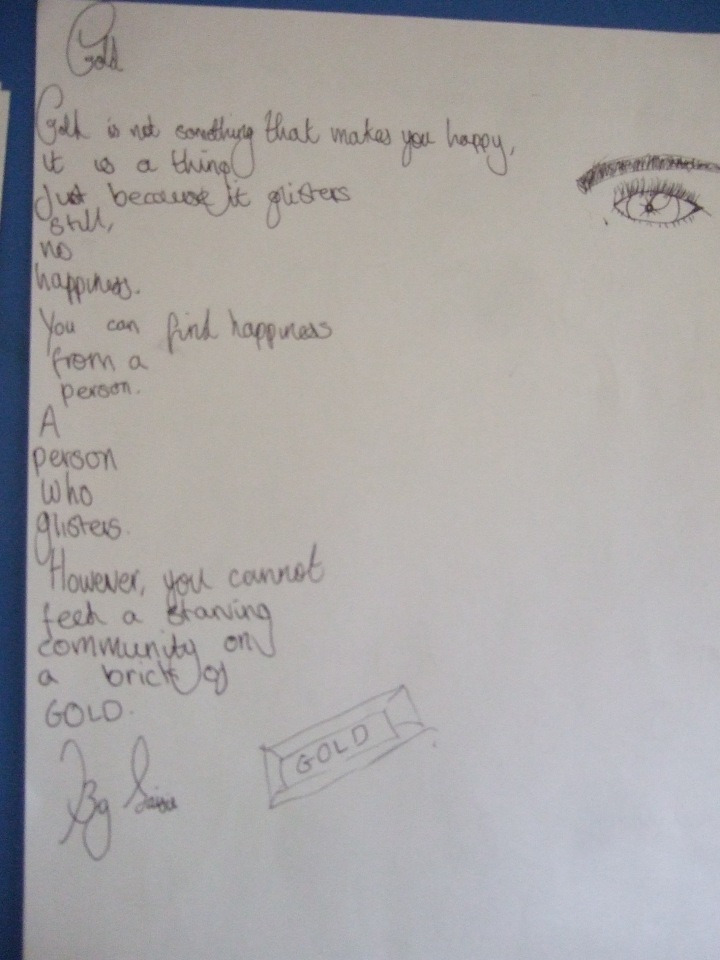 And I worked with this student on a response to ‘The empty vessel makes the loudest sound’, asking her for similes which she provided readily, and wonderfully, for me to write down – 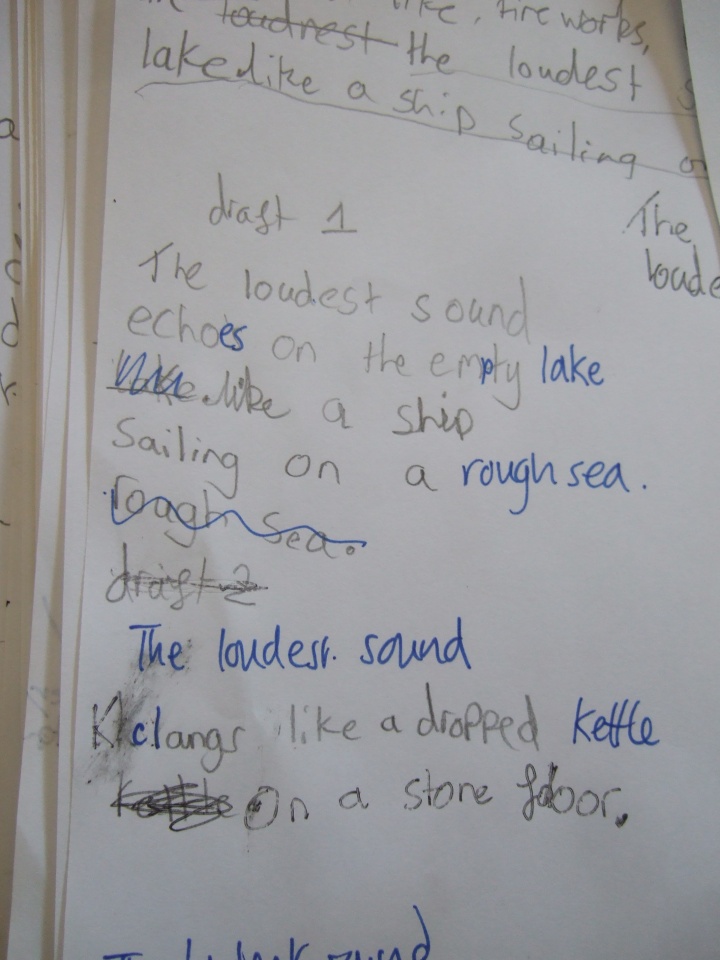 By the afternoon KS1 had already been out to a sports event, and the thermometer in their classroom measured 30 degrees.  We gratefully went and sat under a big tree in the corner of the playground, read lots of poems, joined in and made up actions.  They were lovely, and on discovering a little boy who kept bees (and knew everything) we made up a whole group poem called ‘Nine Ways to Look at Bees’, and performed it to KS2 just before home time.

Thank you for having me, Rushbury, and thank you to Wenlock Poetry Festival who provided the funding for this day.