Cafe Writing is once again under way in lovely Ludlow Kitchen at the Food Centre, Bromfield.  I run these workshops for people who wish to write poetry or prose while enjoying a good coffee, and sometimes a pastry too.  This morning a dozen ingenious minds created a Dicsaurus.

I had asked everyone to invent a new word using two words handily hanging around the beautiful conservatory in which we’re working in Ludlow Kitchen.  So – a vaseboard derives from a cupboard.  And a vase.

Then all new words were passed to the left (or right, or somewhere, this bit was creatively chaotic) and a definition invented for the new word.  Which we then shared, through raucous laughter, fine coffee and cake.

The word Dicsaurus was duly invented to explain what we’d done.  Here it is: 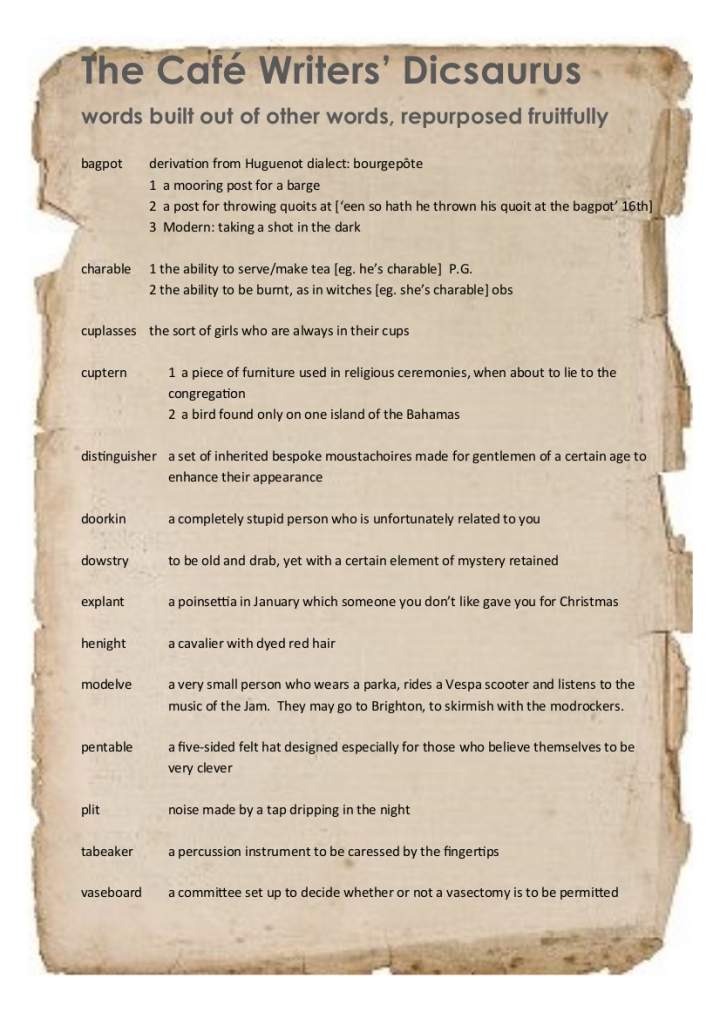